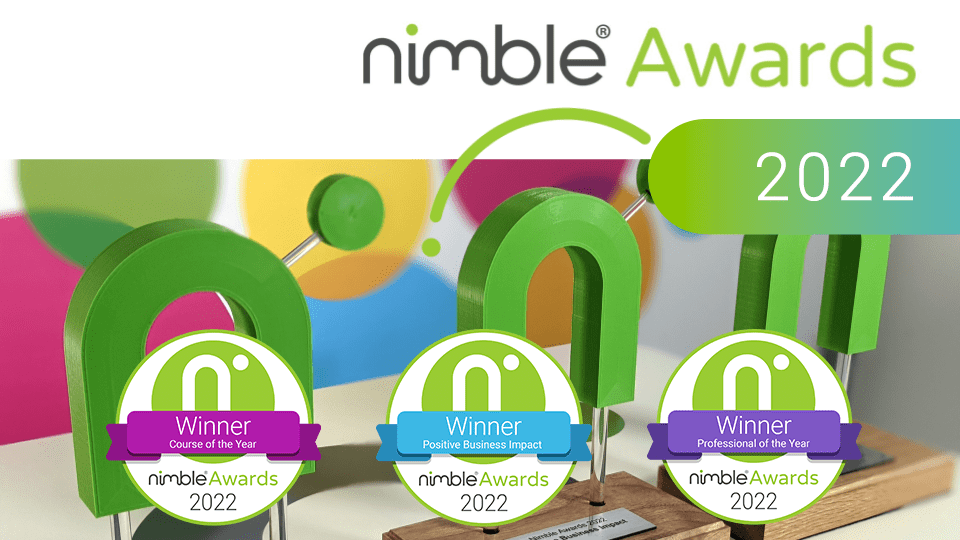 Nimble’s special three-day virtual Nimble Community Week and Awards took place on 20-22 September. Daily sessions were led by Learning Adviser Hannah Davies, and Nimble customers had the opportunity to explore and discuss topics such as Getting Started with Microlearning, How to Create a Top-Notch Course Assessment, Creating Courses to Sell: Monetising Your Knowledge and more. Nimble customer Lianne Weaver from Beam Development & Training Ltd (Nimble Awards finalist) also held an insightful session on Unmasking Imposter Syndrome which was well received by the attendees. Lianne will be bringing this session to the World of Learning on 11 October.

The Nimble Community Week culminated on the afternoon of Thursday 22 September, when the Nimble Awards winners were announced at an exclusive online event. The awards, which showcase excellence in elearning, was streamed live to their customers, and awards were presented by Nimble’s Founder and Managing Director Neil Hyde, and Alex Hathway, Commercial Director. The event was compèred by Learning Adviser Hannah Davies.

Insightful video interviews and case studies of the finalists in each category were played at the event. These videos, and comments from the judging panel, summarised and brought to life for the audience why they were all chosen as finalists.

Neil Hyde and Alex Hathway announced the three winners from the impressive list of finalists for the categories: Course of the Year, Positive Business Impact and Professional of the Year. Alex said of this year’s awards, “The standard has been ridiculously high this year and choosing winners across the three categories has often felt like choosing between your own children! This year has also seen a high proportion of new Nimble customers enter their courses. We’re delighted, as it shows how they’re able to confidently get up and running so quickly. To get to these final stages is an achievement in itself, however, the final winners shone through and thoroughly deserve their bespoke Nimble trophies!”.

The 2022 Nimble Awards winners and their categories are: 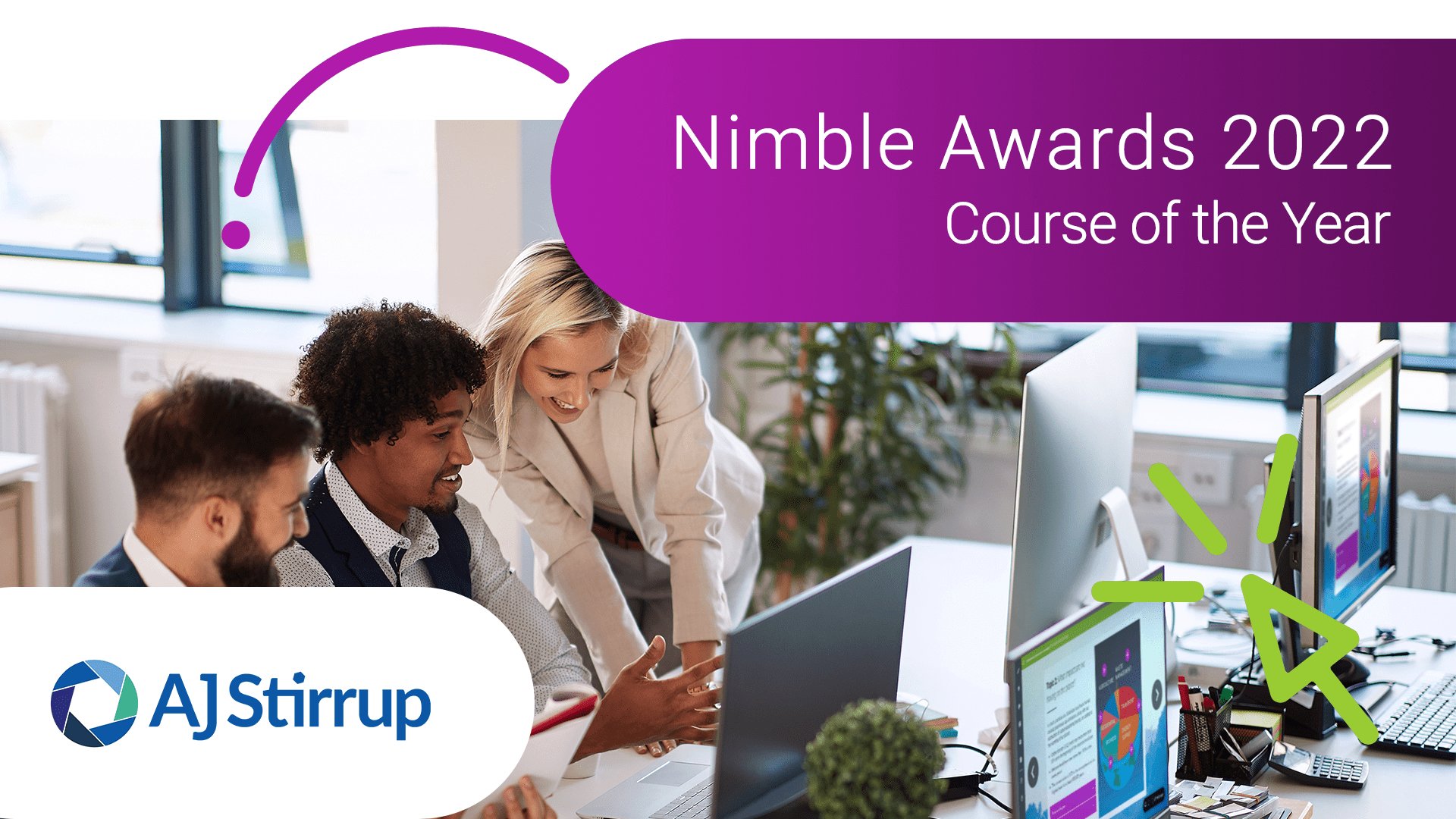 AJ Stirrup – Course of the Year

This award was presented to an organisation who displayed excellence in the design and delivery of an elearning course through Nimble. 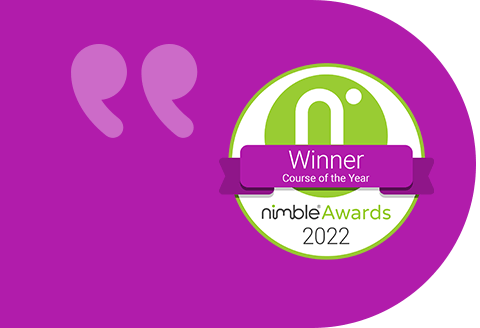 “Content is well organised into topics with clear signposting throughout. Excellent use of intros and summaries with clearly stated and well-laid out learning objectives which are action-orientated and wholly relevant to the course. Great use of video and visual elements, interspersed with well-themed imagery. Impactful layouts and very easy to read. Well-pitched for the target audience – plenty of interactions to keep the audience engaged.” 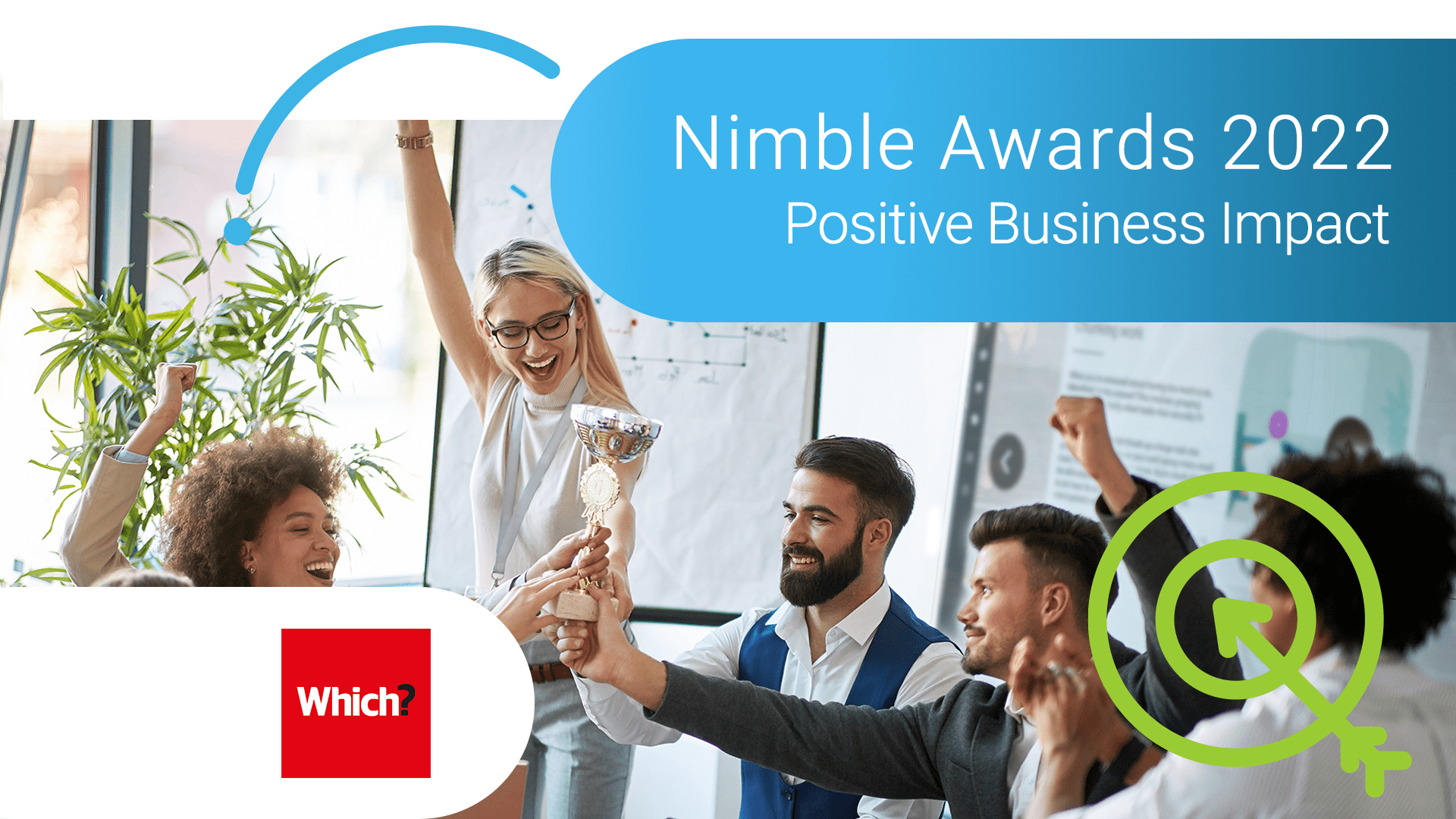 This award was presented to the organisation demonstrating significant positive business impact through the use of learning. 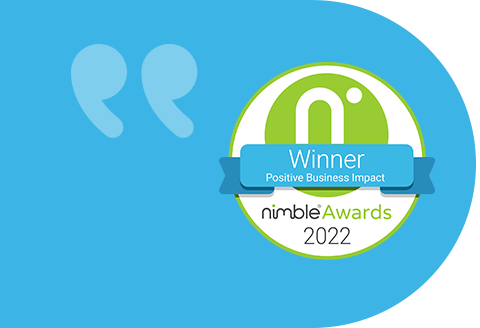 “An excellent submission – clear project objectives and KPIs were delivered. Provides a super illustration of how elearning can assist this kind of project. Great example of support from the wider business and how to use managers to engage staff in training and deliver the objectives for this piece of work.” 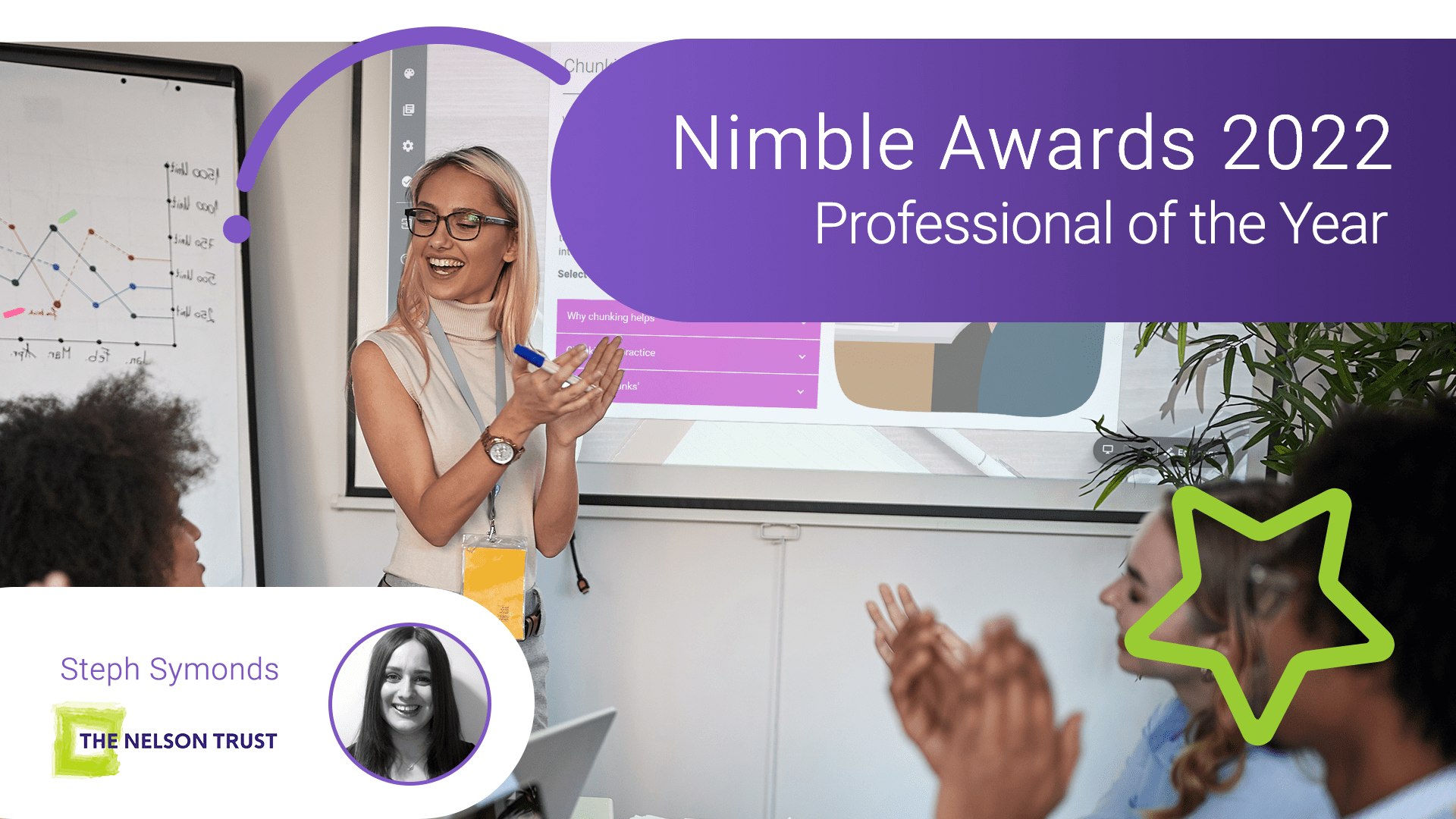 This award was presented to the individual who has demonstrated outstanding elearning success over the last 12 months. 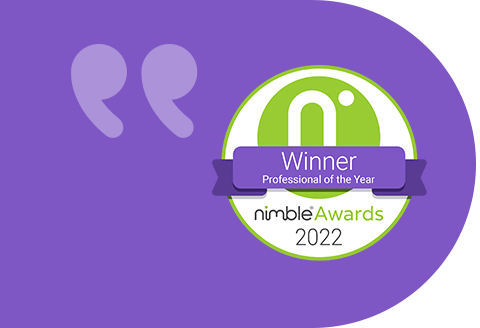 “Inspired by the remit to help everyone in the organisation be ‘the best professional they can be’, Steph worked hard to deliver a set of sustainable courses that make an impact. She successfully implemented a methodical plan of both visiting all the key stakeholders and understanding their challenges. This has given Steph a clear picture of what people want from training resources, and she’s determined to build upon this knowledge and success.”

Well done to all the worthy winners and many thanks to all of the customers who took part and entered. The team at Nimble are so proud of all you have achieved.

Subscribe to our weekly newsletter below and never miss the latest product or an exclusive offer.

Get all our articles, guides, and whitepapers straight to your inbox

This website uses cookies to improve your experience while you navigate through the website. Out of these, the cookies that are categorized as necessary are stored on your browser as they are essential for the working of basic functionalities of the website. We also use third-party cookies that help us analyze and understand how you use this website. These cookies will be stored in your browser only with your consent. You also have the option to opt-out of these cookies. But opting out of some of these cookies may affect your browsing experience.
Necessary Always Enabled
Necessary cookies are absolutely essential for the website to function properly. This category only includes cookies that ensures basic functionalities and security features of the website. These cookies do not store any personal information.
Non-necessary
Any cookies that may not be particularly necessary for the website to function and is used specifically to collect user personal data via analytics, ads, other embedded contents are termed as non-necessary cookies. It is mandatory to procure user consent prior to running these cookies on your website.
SAVE & ACCEPT